There is a reason guys love boxer briefs more than any other kind of underwear. These women’s boxer briefs will provide full butt support and help keep things in their place. Take your butt to the next level.

Thank you for submitting a review!

Your input is very much appreciated. Share it with your friends so they can enjoy it too!

I was hoping that these boxers would be designed with female anatomy in mind, but as far as I could tell there was no real structural difference from men's boxer briefs, other than the lack of a pouch at the front. These might work for some body types, but for me, the seams in the crotch were in the wrong place, making them quite uncomfortable. I wound up asking for a refund. That being said, the Moxy & Zen team was very helpful, and stuck to their guaranteed satisfaction on the first pair policy. That's why I'm giving three stars instead of two.

Absolutely my favourite underwear to buy. It’s extremely hard to find women’s boxer style, let alone in Canada and that’s affordable. I’ve bought from them twice and I will buy from them again! Amazingly comfortable.

US
They're okay, but did not meet my needs

The boxer briefs are okay, but two things stand out as reasons why I'm only giving 2 stars. First, women's underwear need a gusset. I knew in advance these wouldn't have one, but it really does make them unusable as underwear. Second, the whole reason I got these is to wear under dresses and avoid rub rash, but they ride up quickly and my legs rub together anyway. On the plus side they are soft and comfortable. They don't meet my needs, but may work for others.

They are so comfortable I cannot believe it! I would highly recommend them to anyone!

Need to be another inch or so longer

Find underwear zen in 60 days or your money back.

We cut out every possible non-essential underwear thing to focus only on the basics and deliver form-fitting undies made from the softest, most comfortable fabric with premium no-roll waistbands.

Your cotton underwear will feel like plastic grocery bags with leg-hole cutouts after you take these babies for a spin!

We removed flies, tags, and all waistband branding to bring our prices down while focusing on fabric and fit.

You will notice how feature-lite and airy they are right away. Like a beautiful layer of air between you and the world.

Made From Organic Bamboo

The fastest growing, most sustainable fabric source on the planet. Devours tonnes of CO2 and poops out lots of oxygen.

Oeko Tex 100 guarantees no harmful chemicals in our undies, even safe enough for a baby’s tush.

You'll Notice The Fabric The Second You Touch It

When we first worn bamboo viscose, we couldn't believe fabric was could be so soft.

We decided to make underwear from USDA organic bamboo, put some nerd-inspired patterns on them, and cut and sewed them to be the best fitting underwear you'll ever experience.

Join Moxy Club and get 10% off your 1st purchase, exclusive offers, contests, and other dope stuff! 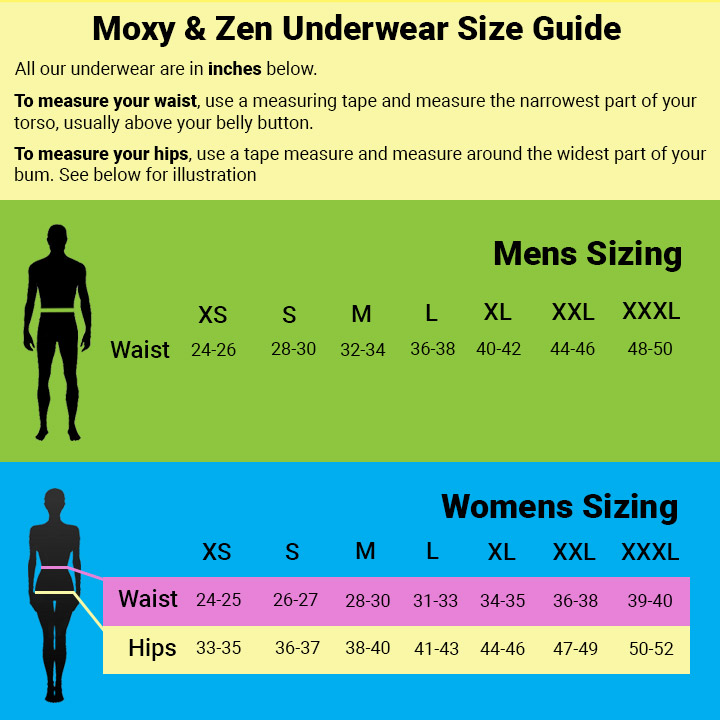